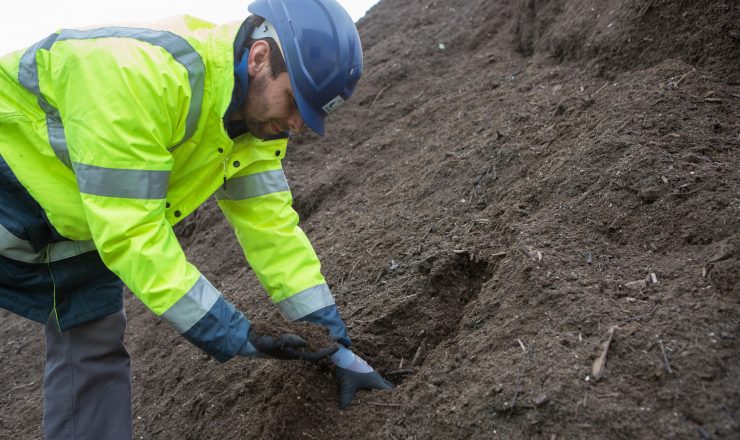 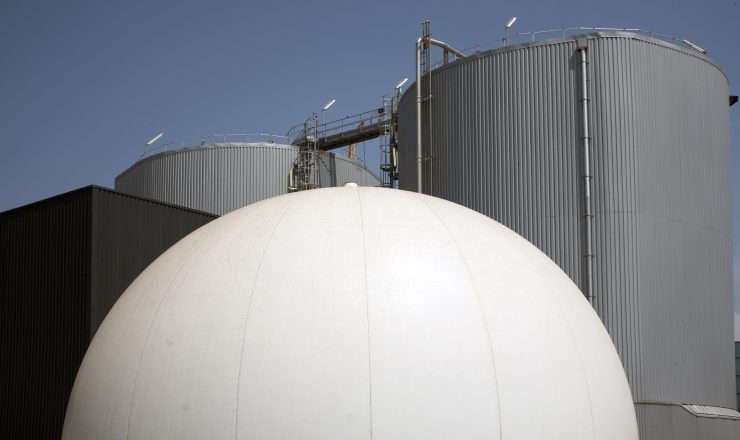 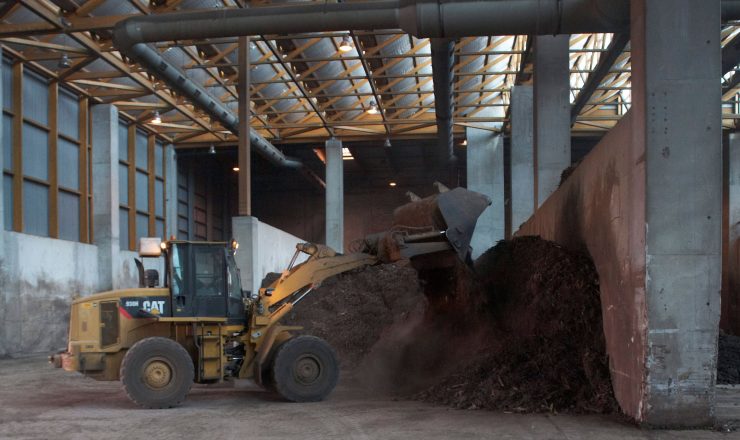 Organic waste is converted to electricity and compost in the Organic Recovery Unit.

Methanisation is a biological process of waste degradation,based on fermentation in the absence of oxygen.

This process produces a combustible gas with a high methane content: biogas. This latter is recovered as green electricity. (resold to the EDF power grid) and as heat (also green) which is reused internally in the EveRé process, for drying compost amongst others

Upon leaving the methanisation process, the organic matter is then converted to compost, used as an organic amendment in agriculture (farms in the department).

of compost produced each year through this process.

Before being recovered for local agriculture, the compost is analysed by a COFRAC (French accreditation committee) accredited external laboratory to certify its compliance with the NF U44-051 standard (“Compost quality” standard). 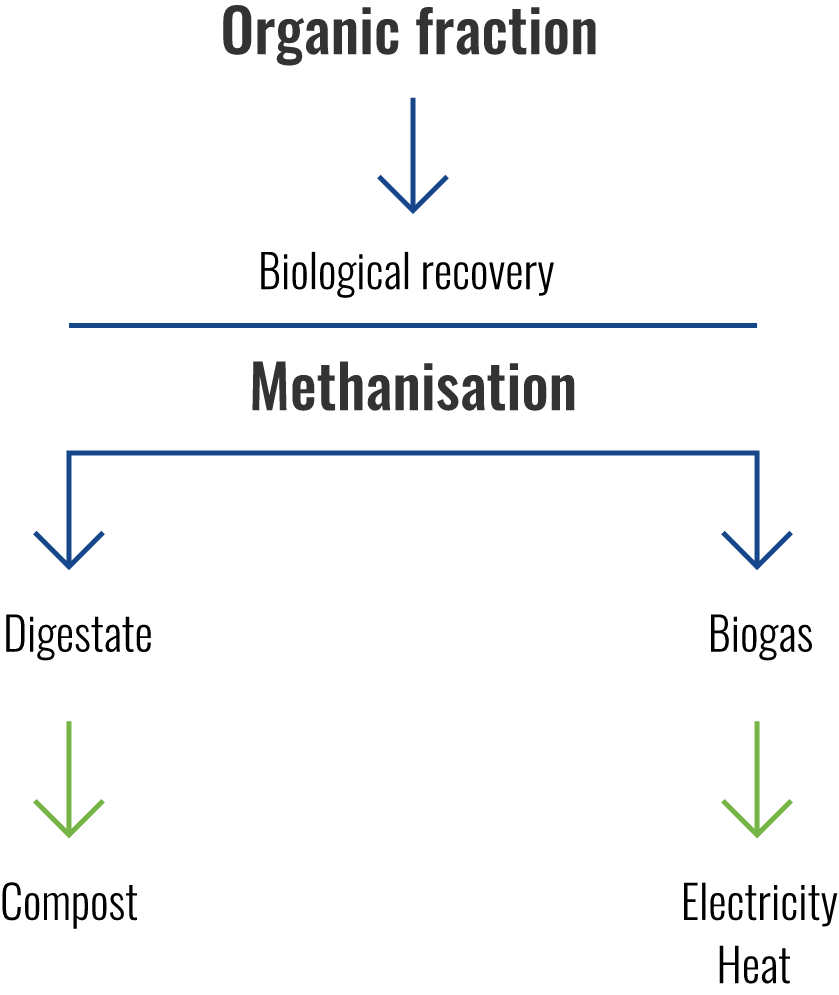 Before sending organic matter to the methanisation process, it must first pass through several preparation steps.

Firstly, RFTs (Rotary Fermentation Tubes), rotating tubes of nearly 50 metres in length and 4 metres in diameter, are used to disaggregate the matter and to initiate fermentation. The Centre possesses 2 RFTs within which waste spends approximately 3 days.

Upon leaving these RFTs, the waste enters a secondary sorting line, intended to refine the sorting performed upstream in the automated sorting unit (“primary sorting”) and to eliminate any remaining coarse elements (mainly plastics) and inert items (stones, gravel, pieces of glass, etc.), leaving only the purest possible organic fraction. This very pure organic matter is then sent to the methanisation process.

Methanisation reproduces, at the industrial scale, a natural process of biological degradation of organic matter.

Its principle is simple: organic waste is placed in airtight enclosures (called” digestors”) to be broken down by bacteria. This fermentation process takes place in the absence of oxygen (it is known as “anaerobic” fermentation).

The EveRé centre possesses two digestors that use Valorga® technology, each with a capacity of 4200 m³, representing approximately 3,000t of organic matter inside.

This organic matter ferments inside the digestors for 3 weeks at a stable temperature of approximately 37 °C (this is known as “mesophilic” methanisation as it occurs at a moderate temperature).

During this fermentation time, the matter releases biogas, a combustible gas with a high methane content (approximately 60%), which is extracted from the top of the digesters and sent to the co-generation engines to produce green electricity (sold to the EDF power grid), along with heat (reused by EveRé).

After 3 weeks, the organic matter leaving the digestors (called “digestate”) is dehydrated in the centrifuges.

The resulting liquid fraction is transferred to the EveRé waste water treatment plant. Once treated and purified, the water is reused for the site’s internal needs.

The solid fraction obtained after dehydration continues its path to a drying step intended to further reduce its moisture content.

In concrete terms, the matter is first mixed with a structuring agent (tree bark, etc.) to ensure aeration. It is then sent to a drying tunnel where it is heated for 3 days with air at 75 °C from the aforementioned biogas co-generation engines.

Once dry, the maturation step can start: the matter is piled up (into “swaths”) and left for 3 weeks, with frequent turning to ensure correct aeration. The purpose of this maturation step is to perfect biomass hygienisation, to increase the mass of dry matter in the product and to finalise the odour removal process.

After this 3-week period, the matter is refined, i.e. it passes through a trommel screen with a small mesh size to remove the structuring agent (which is then returned to the start of the drying stage) and to isolate the fine fraction: the compost. 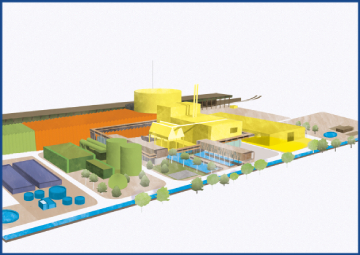